How sustainable is your grocery shopping?

Mount Saccarello, located in the westernmost offshoot of Liguria, represents the highest point in the region. Its 2200 meters of altitude are a hymn to climbing, in winter and summer. Taking advantage of the abundant snowfalls that hit the hills and the hinterland between November and December, we decided to spend a weekend immersed in nature, right in this area. Starting with snowshoes and skins from the village of Monesi di Triora, we went up for about three hours, aiming for the Laterza refuge.

This was built in the best point of the approach ridge to the mountain, in a position that guarantees depth to the eye both on one side and on the other. We were welcomed by Amedeo Porro, whose family has decided to enhance this area, so as to allow trekkers and mountain lovers to enjoy it with greater comfort.

This virtuous story began in the early nineties,

with the purchase of the land on which the old building stood (which was the arrival of the longest chairlift in Europe). Since then, with commitment, effort and sacrifice, numerous renovations have been carried out, culminating a couple of years ago with the completion of the refuge as it now appears.

Currently the structure boasts about 50 beds, well-kept rooms, a kitchen area and a natural balcony from which to gaze at an immense panorama. Really an excellent point of support. The intensity of the sunsets blends in winter with the snow-capped peaks and in summer with the explosive blooms of rhododendron. One of the most interesting peculiarities of the place is precisely the growth of this red and fragrant flower, which here knows one of the most prolific wild reserves in Italy.

The path system allows in the hot season to carry out numerous trekking experiences, having as a contour the landscape of the Maritime Alps that stretch towards Piedmont. From December to April, on the other hand, you have the opportunity to ski in an atmosphere of freedom, intoxicating. The bed of fresh snow seems to be waiting to see the lines of the skis projected on itself. In order to climb to the top, the use of skins is required, as there are no active ski lifts.

The strongest emotion for us was waking up after the night in the refuge,

which remains closed in winter, but which was opened for us specifically. The particularly clear day allowed us to see Corsica looking towards the sea. By rotating the view 360 ° it was possible to range from Provence to the Alps, from the Gulf of Genoa to Tuscany. A picture worthy of the best days.

The making of some videos with the drone was accompanied by a sunlight that warmed everyone, along the ridge that separated the view of the coast from that of the Tanaro valley. All morphological contrasts above this natural terrace are sublimated to the maximum, giving unexpected views.

The bronze statue of Christ the Redeemer, which towers halfway between the refuge and the Saccarello, is shown to passers-by in one of the most panoramic stretches of all. For mountain bikers, the monument in question can be an excellent destination, with a little effort. For those who live in Liguria or the lower Piedmont, we recommend enjoying a different weekend than usual in this scenario, in compliance with the rules.

We are sure that the sweat of the climb will be rewarded by the adrenaline of the descent. The broad views will reward your curiosity. Don’t wait for the time, go get it! 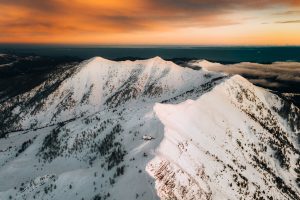 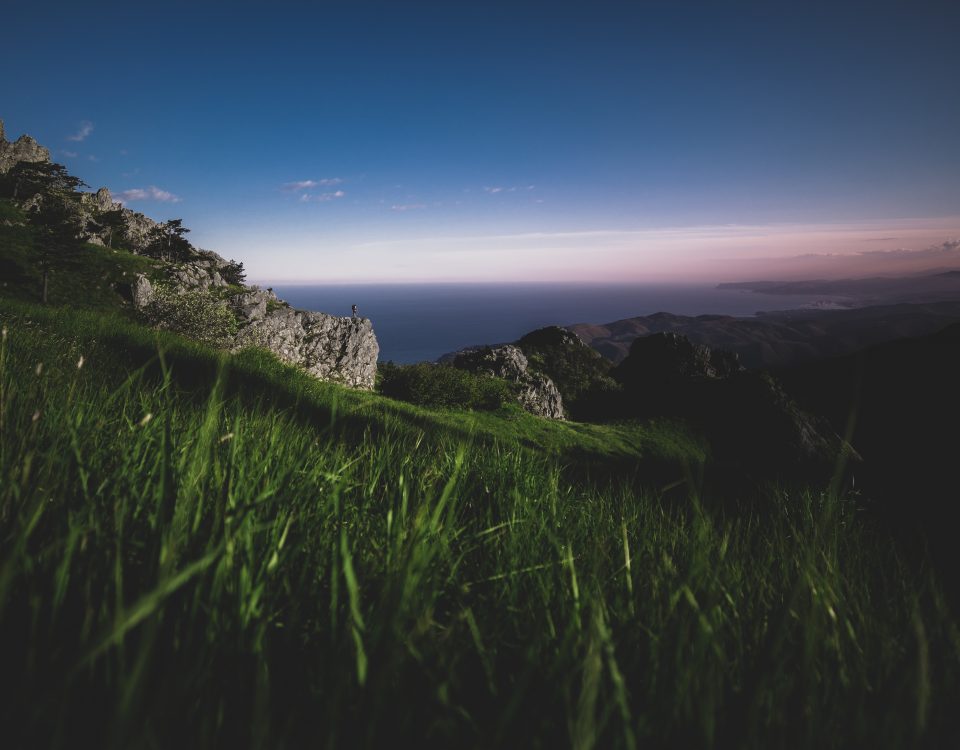