How sustainable is your grocery shopping?

Tourism has been undergoing some epochal transformations in recent years.

While people have started to travel at an increasingly schizophrenic pace due to the spread of low cost airlines, hit and run weekends, and last minute travel, on the other hand, a real philosophy of travel has developed, that takes the name of slow tourism: a particular form of sustainable or responsible tourism, which contrasts with the frenzy, standardization and superficiality of mass tourism, a mentality that is also reflected in the eno-gastronomic field with the Slow food concept.

The term “Walkscaping” is much less well known.

The researcher Francesco Careri, form the University of Rome, brought it to Itlay in the early 2000s.

This concept concerns a sort of urban and peri-urban wandering that involves crossing cultural and natural landscapes on foot. In his book “Walkscapes, walking as an aesthetic practice”, he described the fascinating relationship between man and the act of walking, starting from the fact that: “the act of crossing space arises from the natural need to move to find food and information necessary for their survival. But once the primary needs were met, walking became a symbolic form ”(Careri, 2006, p. 3).

Rebecca Solnit (2018) in “History of walking” also recalls that in the Christian pilgrimage the journey and arrival are in symbiosis, as well as in mountain climbing.

Traveling without arriving would be just as incomplete as arriving without having traveled. For many years, making long journeys represented only a religious practice, today those who make these trips do it for pleasure, albeit unconsciously maintaining a mystical meaning.

Walkscaping (from the contraction of “walking” and “landscape”), is not based only on traditional trips in the “green”,

but in knowing the history of the area, the methods of production of food and wine specialties and much more.

In fact, we often confuse cultural landscapes with natural landscapes, or we consider protected areas only constraints to protect animal and plant species, forgetting that the same natural parks (the Cinque Terre are the most obvious example) also protect and enhance human activity.

Having said that, it should be noted that slow tourism is not only reserved for a niche of extremists or sportsmen who manage to travel very long itineraries on foot or on horseback; today we have the possibility to use electric mobility (e-bike) more and more in order to have less impact in terms of greenhouse gas emissions and allow everyone to practice slow tourism.

In this regard, Liguria undoubtedly offers itineraries of particular beauty and historical and environmental interest, such as the Alta Via dei Monti Liguri, the Liguria Trail (Ventimiglia-Luni) or the numerous Salt Routes that cross it vertically.

Unfortunately, however, this format is struggling to take off due to the lack of promotion of these itineraries, still today surmounted by mass tourism, bathing establishments, major events and cruises, which are certainly economically important but cannot be the only solution, especially with a view to environmental sustainability.

In addition to those mentioned, there is also a series of “minor” itineraries

which often become redundant; in fact it would be enough to promote some, the most beautiful, and invest in them. In the Golfo Paradiso alone, a short stretch of Riviera di Levante that extends from Nervi (Genoa) to the Promontory of Portofino, four of these pass, plus a stage of the Liguria Path: the Colombian Historical Itinerary, the Via del Mare, the ‘Route of the two Gulfs, and the Chestnut Path (“Sentiero del Castagno”).

None of these, however, is frequented as much as it deserves, if not by local hikers who also keep them clean in the form of volunteers. In particular, the Colombian Historical Itinerary is the one that presents the most interesting values: in addition to joining the hinterland (Val Fontanabuona) with the city of Genoa, passing through the spectacular ridge of Monte Fasce, and meeting sanctuaries, ancient slate quarries and rural areas once exploited for the cultivation of olives and for grazing, symbolically retraces the path that the parents of the most famous navigator in the world, Cristoforo Colombo, made to move to Genoa.

With a little imagination, or rather a spirit of initiative, this itinerary, about 20 km long and therefore accessible even to the less sporty, could be enriched by farmhouses and widespread hospitality and become a real slow tourism itinerary.

In recent weeks, a revaluation project for this path was presented, which had now been abandoned for over twenty years, following its realization on the occasion of Expo ’92 (also known as “Colombian Celebrations”).

However, the only intervention carried out so far consists in the simple installation of a panel near Quinto (Genoa), certainly a good start, but the “road” is still long and just waiting to be covered. 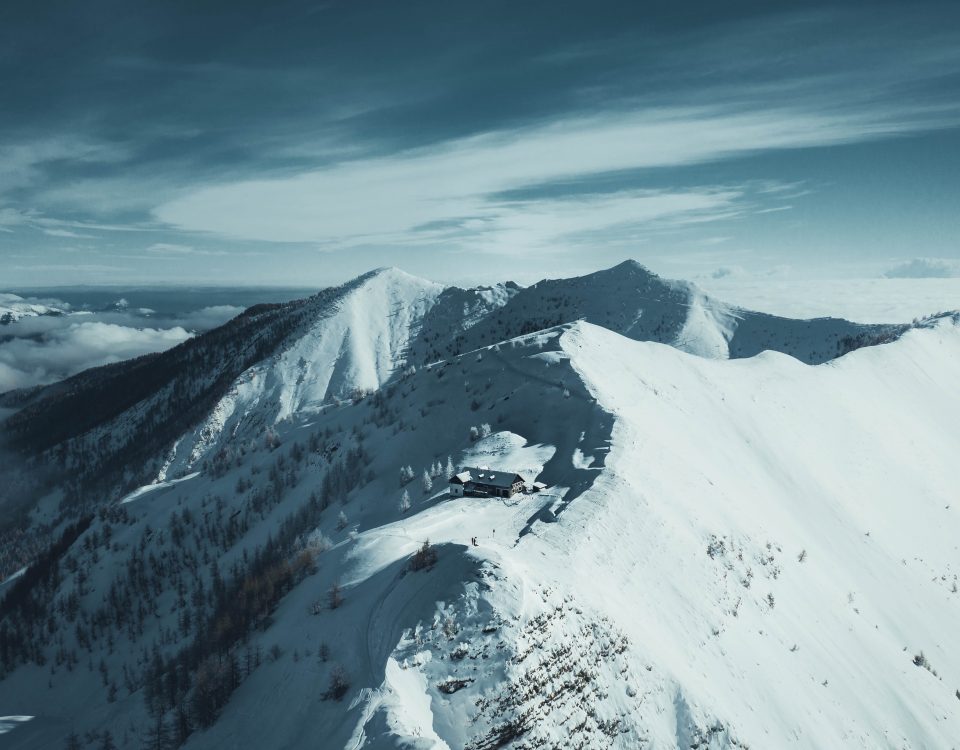 On Liguria’s roof: Mount Saccarello and its refuge